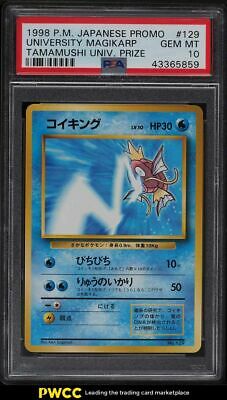 One of the rarest and most coveted Pokemon cards in existence, the Tamamushi University Magikarp was a prize card that was given out as part of the Tamamushi University Hyper Test. The test was published in Shogakukan magazines, only allowing hopeful participants a limited window of time to submit it for review. Those that made the cut were invited to a two-day event in Osaka where they were separated into three age groups and then subdivided into various gyms, where only the top players in each group qualified for the second day of the event. On the second day, these top players battled it out against each other, and only those who won at least one battle received this card as their prize. Featuring the iconic artwork of legendary Pokemon artist Ken Sugimori, this is one of the most recognizable Japanese cards ever created, as the artwork ultimately never did see an English release. One of only 69 copies to ever be reviewed by PSA€™s graders, and one of only 12 to receive their coveted Gem Mint status, this is truly a museum quality piece that comes with our highest recommendation. 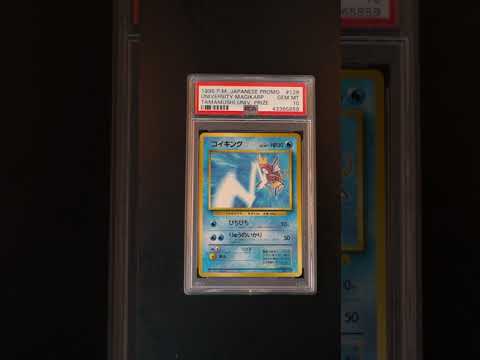 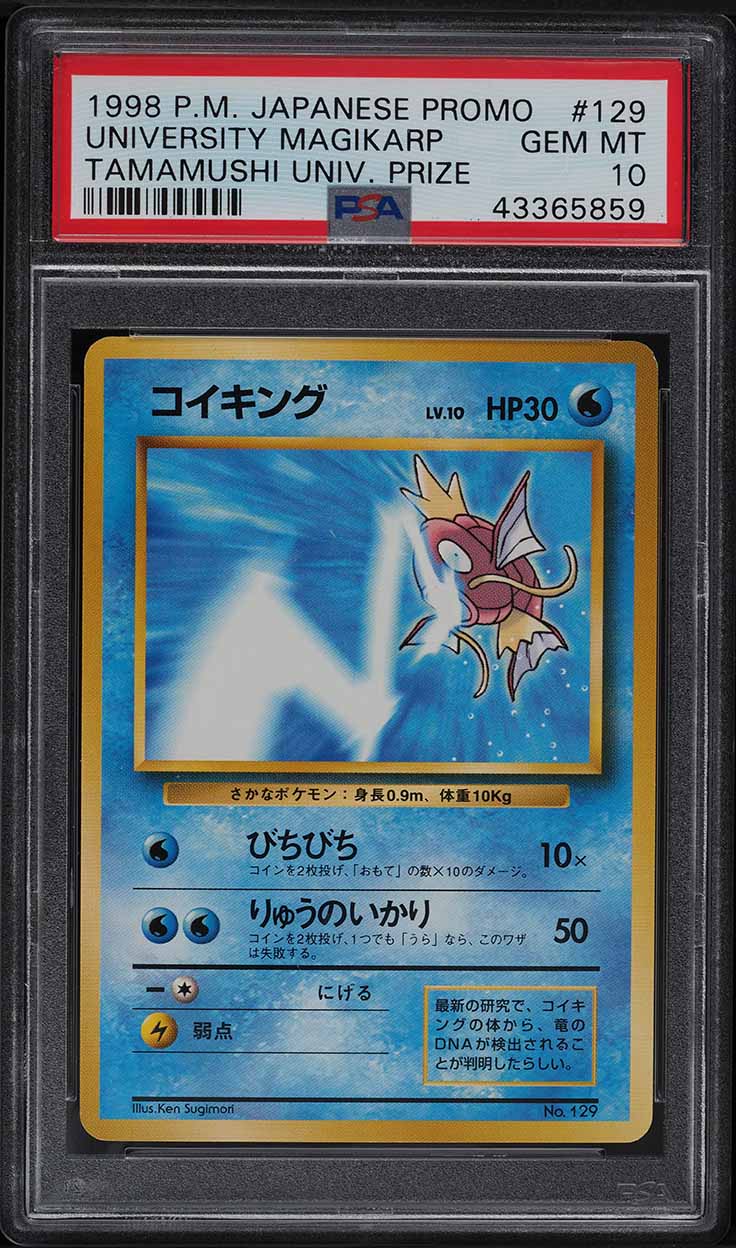 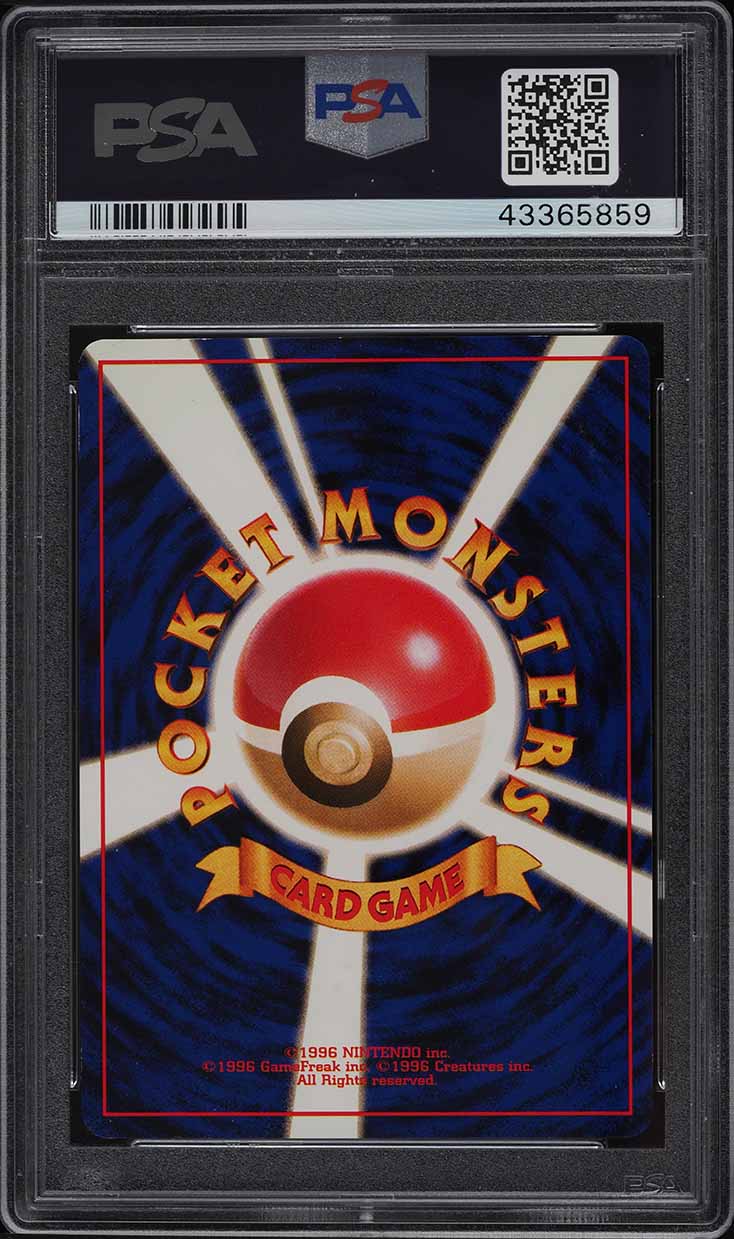