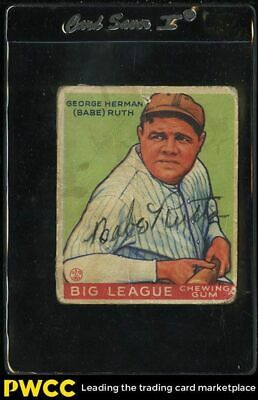 The Great Bambino entered the '33 season fresh on the heels of his final World Championship season, one best remembered for his 'called shot' posted in a four-game Series sweep of the Chicago Cubs. Although his skills were declining, Ruth was still a heavy fan favorite which is why he was featured four times on the first great bubble gum issue which tempted sweet-toothed youngsters. Offered here is Ruth's #181 card which is undeniably in poor condition due to scrapbook damage, creasing and a pin-hole at the top edge. What makes this critically important 1930s card so special and desired is that is possesses one of the most recognizable signatures of any athlete on the front surface. Ruth has penned his autograph on the front with a black Steel-tip Fountain Pen and it's been authenticated by James Spence and comes with a Letter of Authenticity. According to JSA, the autograph has been enhanced in an unknown hand with a different black ink steel tip fountain pen (mentioned for completeness). All told, this is an incredibly cool offering which represents a viable alternative investment. Please see the scans for more details. One of over 22,000 cards, lots and sets up for bid in our 1st Auction of 2021. Click on the link above to view the other PWCC auction lots. 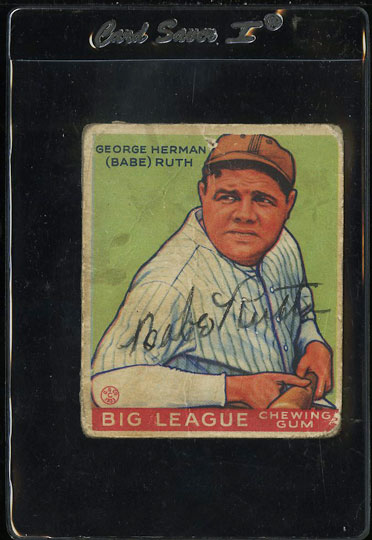 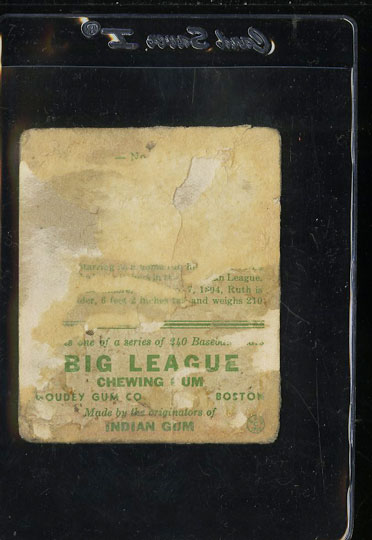